Home / Gadgets / Everything You Need to Know About Virtual Reality

Everything You Need to Know About Virtual Reality

If you are intersted in getting the VR gadgets, then this post would help to understand the things better about Virtual Reality.

Virtual reality is an environment generated by a computer that allows users to experience a whole different level of reality.

The whole thing is done by a headset which fits on head and covers your eyes. By covering your field of vision, it separates you from the physical space you are in. Images or videos are then “fed” to your eyes via two small lenses. 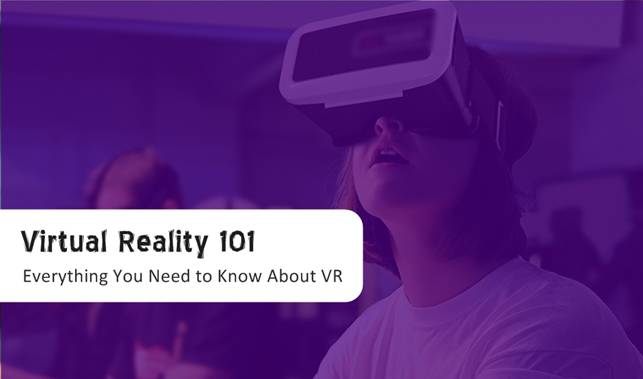 The possibilities of VR are endless; you can get the experience of hiking the Grand Canyon, experience war like a soldier or a dive into a movie like you are actually in it.

Why VR Come to Fun Late?

VR isn’t a new thing; it has been there for more than a decade. It has a complicated and rather a long past.

In late 80’s the whole VR thing didn’t manage to catch much anticipation because the hardware needed wasn’t still there.

Then, in 90’s some applications came out, but those were primarily targeted at enterprises thereby making them cost high.

The best examples of early enterprise VR is The CAVE (the cave automatic virtual environment). 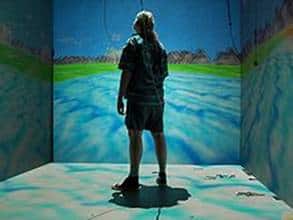 It was a mere room that had the screen for walls. The user was required to get in with 3D Glasses. As soon as he entered the cave, the combination made him see 3D models. It was priced at more than a hundred thousand dollars.

But, now, companies like Google and Facebook have made it possible for the public to experience VR.

Below are some VR headsets, it includes primary, which requires only a Smartphone and also high end which need a powerful PC.

Experiencing VR on Smartphone isn’t a big deal. But if you want to experience it on a PC for a more immersive experience, here is the complete guide to building a VR PC.

As I mentioned above, VR comes in two forms – one which works with your Smartphone, the second which requires you to have a powerful computer and some free space to immerse.

Let’s have a quick look about Virtual Reality devices now! 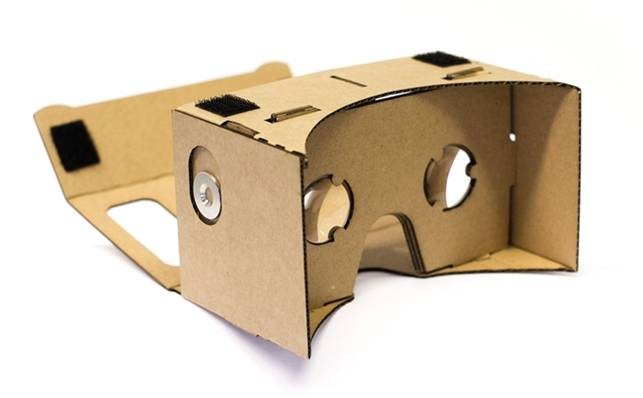 This is by far the cheapest and easiest way you can get to experience virtual reality. It is essentially a piece of folded cardboard along with some lenses. All you have to do is to stick your phone inside and hold the whole thing near your face.

Get Google Cardboard from Amazon 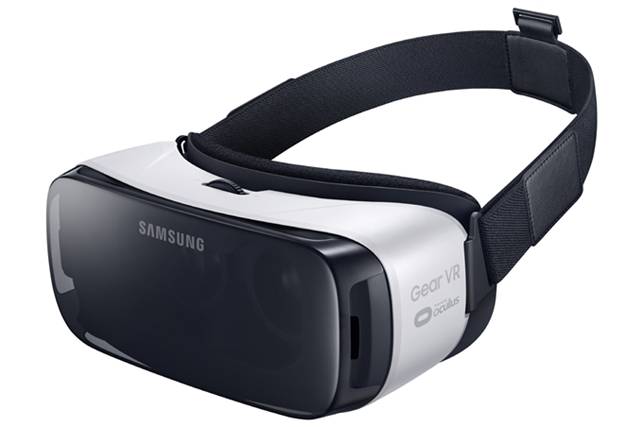 Considered by far the best VR headset for Smartphone ( as of now ). It costs only $99, and if you already have a Smartphone, you can get started by just that. It has more sophisticated sensors and features as compared to Google cardboard. Also, not to forget that it is very comfortable to wear as compared to cardboard. It has a whole library of apps and games built specifically for it.

Get Samsung Gear VR from Amazon  (US Version with Warrenty) 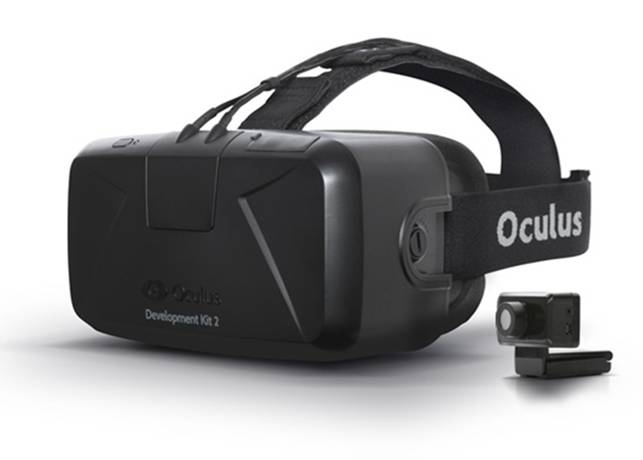 This one costs $798 and is very immersive than the experience you would get from the above two headsets. The rift also tracks your head, which means you can learn and get closer to the virtual world and objects inside it. But, it requires a solid gaming PC to generate the graphic. It comes with Oculus Touch which is a pair of tracked controllers.

Get Oculus Rift From Amazon 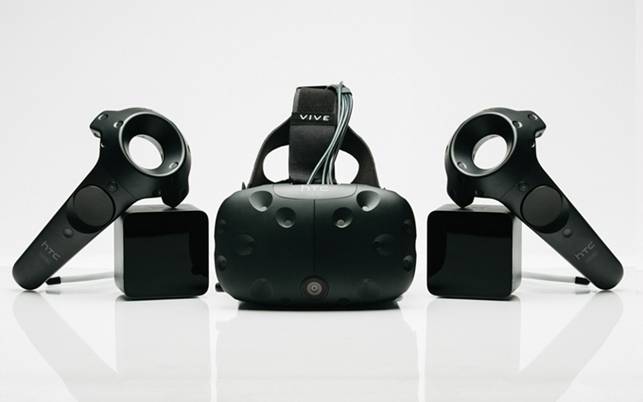 The vive is the device that can provide you the most immersive VR experience(as of now). But it is priced at $799. The level of reality is high in Vive, as it lets you reach out and grab objects in the virtual world. You can even walk in the virtual world. But again, like the rift, it needs a powerful PC and some space to walk and experience VR. Also, you’d need to plugin loads of cables to get started.

Get HTC Vive From Amazon

The Uses of Virtual Reality

VR has several different uses. Not only it can be an excellent video gaming experience, but it can also be a whole new way that can change the way people watch movies.

Right from films and documentaries, up to live streaming concerts, VR can rise to a great place of importance. The fact that new cameras are being created to capture VR can tell how big it is going to be in future. Soon, these are going to the next big thing.

Obviously, gaming is the biggest application of virtual reality. Virtual reality has provided game designers the ability and freedom to make the game incredibly immersive. The audience can now reach out, touch and play with game objects. Instead of a mere controller, users can just turn their head to look back and move.

The whole model of VR works in an incredibly visual way (no doubt in that). By taking advantage of this, organizations can use it to give a trip to their students or teach them open heart surgery without any risks. VR simulation can help in a lot of fields.

If you are anything like me, you’d love virtual tourism. Think about it; you can pay a visit to Paris, or even live in the bottom of the ocean without actually being there. You can shut out from the real world and be in a completely different instead. The best thing is, someday you can capture your 360 degree videos and then relive the moment later on in life.

You might wonder if I say that the Virtual Realtiy systems can be used in the medicial field. Yes, you may check the details that the VR can be employed to treat Phobias.

Besides, the Researchers at the University of Tokyo’s Cyber Interface Lab say that the Virutal Reality Headsets can be utilized to fight agaist obesity.

Will Virtual Reality be the big thing in 2017? is the million dollar question!

I can predict that will see the advancements in the health, communication, games and education with the virtual reality systems.

Virtual Reality is expected to be the hottest technology in the upcoming years and I’m looking forward to watch some interesting VR trends by next year 2017.

I started off VR by purchasing a Google cardboard and would like to get an oculus rift. By the end of this year, I am planning for an HTC vive VR.

In my opinion, it is better to get a taste of what it is like before actually diving. Also, if you are going to use it on a computer make sure your computer is compatible.

Let me know your opinion about Virtual Reality in the comments below and also share your virtual reality experience (if you have).

Nirmala is a dedicated blogger who has been in the Blogosphere since 2012. She is a tech freak and thus she loves to write about the innovative matters of technology.
Previous Which Could Be Your Favourite Best Mail App For iPhone?
Next Latest List of Best 360 Camera Apps For iPhone 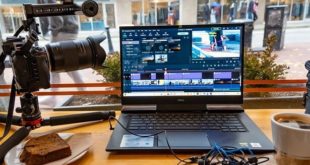 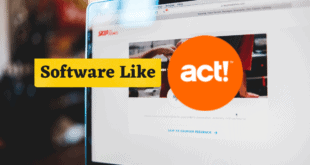 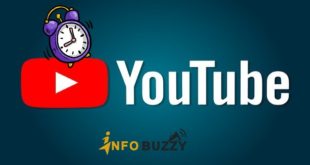 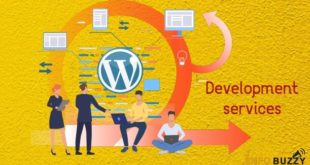