Are you looking for the best audio mixer with better control of the sound?. The Goxlr Alternatives provide audio mixing for broadcast with voice effects. Goxlr is one of the best online audio broadcaster platforms with 4 channel mixer, sampler, and voice effects. It helps to mix the audio input with real-time. Moreover, we can change the voice effects using the audio mixer.

The Goxlr is a suitable audio interface for live streamers, broadcasters, and content creators. We can connect a USB-enabled audio mixer to a PC with a mic, gaming console. The Goxlr mixer interface helps to sample the audio inputs and add voice effects during the audio mix. It provides better voice quality by mixing sound even from the microphone. Even though Goxlr has many advantages in audio mixing, it has some downsides that drive us to find Goxlr Alternatives for sound mixing during online gaming and podcasting. So, what is comparable to Goxlr? Let’s see.

The four-channel Goxlr audio interface from TC helicon is best suited for gaming and broadcasting. It has the below disadvantages to look for alternatives.

Online streaming and broadcasting such as gaming podcasting require an audio mixer interface with its software. The audio mixer interface should be compatible with PC and mobile as well. Moreover, the alternatives should provide a multichannel audio mixer with sampler and voice effects. Here, we list the best Goxlr replacement for sound mixing with chat, music, game audio from different sources.

The sound blaster K3+ is the audio recording and Streaming mixer interface for online gamers and content creators and it is also a cheap Goxlr alternative. The sound blaster has an external sound mixer with audio processing hardware such as microphone input-output connectivity ports for sound mixing from different channels. It is the best Goxlr alternative for audio mixing with sound effects.

The sound mixer controls sound inputs and a user-friendly interface for streamers and broadcasters. Apart from the sound mixer, it operates in playback, recording, broadcasting, webchat, karaoke, and then DJ hosting. It uses simple connectivity over the devices like PC, MAC, tablets, and mobile phones to process sound effects.

The Pioneer DJ mixer is one of the best Goxlr alternatives for a sound mixer with voice effects. In Pioneer, we have a multichannel DJ mixer for broadcasters. We can perform seamless audio mixing with smooth curves on EQ and channel faders. For voice effects, it uses color and beat FX while mixing audios. So we can make creative sound by audio mixed with full control over its effects.

The FX apps, synthesizers, and samplers can help process the different audio inputs in the mixer and produce better sound quality. The simple USB connectivity to PC and mobile provides the best sound clarity.

Alesis multi mixer is available with 4, 6, 8, and 10 channels with a USB audio interface. It is the best Goxlr replacement for a sound mixer during live streaming. The 4 channel Alesis multi mix can use a USB interface to mix audios on desktop with live studio or recoded sounds on the computer. It is a compact live steaming sound mixer with easy to access setup for podcasting. The volume, pan, and then EQ control helps to change voice effects with the mixer. We can record sounds and playback with USB cables and iPad.

The Rode Caster Pro is the best Goxlr alternative for an audio mixer for broadcasters. It has an integrated podcast protection console with a mixer interface. Rode caster pro is the best solution for podcasting with microphone inputs and studio-grade crystal-clear recording. Eight sound ports help to make full control over sound effects during the audio mix. Moreover, we can connect smartphones with USB and Bluetooth channels for audio recording.

The Zoom Podtrak p4 is a multichannel podcast recorder with audio effects. It is one of the best replacements for Goxlr for sound mixing with vocal effects. Though it is not a free Goxlr alternative, it is worth the investment. It uses four mics and two eco-free remote calls for recording during the podcast. The customizable sound pads are available to achieve better sound effects. Moreover, The instant access to gain or mute any input provides the perfect sound mixer with high-quality voice effects. We can connect Podtrak P4 with computers and smartphones using USB cables.

The Behringer Xenyx series is the best Goxlr alternative for audio mixers. It is the best analog mixer with many support devices for better sound effects. The Behringer xenyx mixer has a mic, preamps, EQ, FX processor, and then USB interface. It provides multiple input channel mixers with 5, 10 ports, etc. The Xenyx Q502 mixer is the five-input, two-bus mixer with audio editing software for the computer system. The mic preamps and compression helps for broadcasting audios with high-quality sounds.

By wrapping up Goxlr alternatives 2022, Goxlr is the 4 channel audio mixer with sampling and voice effects. We can control a complete audio mixer with chat, live gaming audio and music. The mixer can be helpful for live streamers, podcasters, content creators and gamers. With the help of a USB cable and audio editing software, the Goxlr mixer provides better sound effects during the broadcast.

The cost-effectiveness and software sync with multiple audio inputs make alternatives to Goxlr for the sound mixer. Creative sound blaster K3+ is the best Goxlr alternative for broadcasters and live streamers. It provides multichannel sound mixing with web chat, karaoke and DJ hosting. Moreover, It is available for PC, Mac and mobile audio mixing for podcasters and live streamers.

Nirmala is a dedicated blogger who has been in the Blogosphere since 2012. She is a tech freak and thus she loves to write about the innovative matters of technology.
Previous 7 Nanoleaf Alternatives For Rich Gaming Experiences (2022)
Next 7 Ridge Wallet Alternatives To Keep Cards And Money Safely (2022) 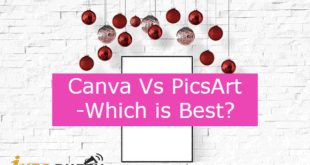 Canva Vs PicsArt – Which is the Best Graphic Design Platform? 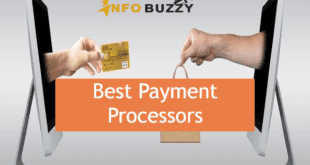 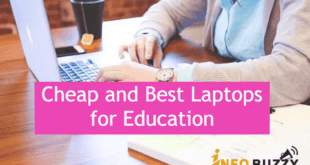 7 Cheap and Best Laptops for Education 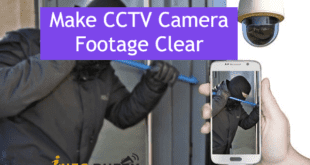 How to Make CCTV Camera Footage Clear? Are you looking for the best ways to …