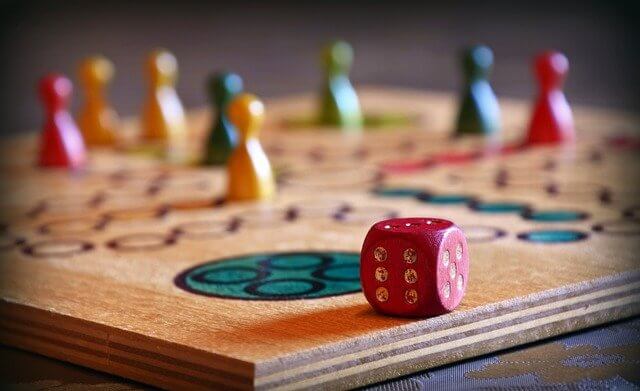 Ever fantasized about yourself as one of those classic detectives, straight out of the books? Ever thought that you could give Sherlock Holmes a run for his money to solve mysteries. Then we reckon you must have got this notion from the intriguing board game of Clue.

For everyone who’s not familiar with board games like Clue, it’s a board game that transports you into a murder mystery that happens in a mansion setup. The players have to identify the murder weapon and the murderer from logical deduction and inference from different clue cards moving from room to room.

However, for Clue lovers and people who don’t know about it alike, there are many more board games similar to Clue, which can be the perfect murder mystery getaway in these times of lockdown.

Excellent Clue Like Board Games To Play & Chill Out

Ever fancied those horror flicks where the paranormal being was once an innocent person who was brutally murdered, and now he haunts the very same spooky mansion where he was killed. Years later, a group of psychics then enter the mansion to rid it of its demons, but later realize the ghost’s plight and help him solve his very own murder mystery.

If this plotline intrigues you, Asmodee’s Mysterium is going to be your jam. One player assumes the ghost’s role, whereas the other players play the role of psychics. The psychics need to find the murder weapon, the murderer, and the location to solve this mystery.

They do so through ghosts communicating with them through visual dreams, i.e., graphic cards dealt with by the spirit to the psychics in every round. Now the ‘dreams’ that are dealt with are often related to the suspects on the board. Using these dreams as clues, the psychics have to decode the perfect murder mystery.

It is one of the best board games like Clue that can be enjoyed by as many as seven players, all at the same time. It’s a co-operative game in nature as either everyone playing wins where the mystery is cracked, or everyone loses if it isn’t. So don your thinking hats as you immerse in this spooky yet thrilling mansion in a board game like Clue.

In today’s breaking news, a very wanted criminal by the name of Mister X is on the run in London. The world’s best police force, Scotland Yard, has employed their best minds to track down and catch the criminal. The only thing stopping in their way is the extensive network of the London public transit.

The above news headline pretty much sums up the essence of Scotland Yard, a board game like Clue. One player has to don the role of Mr. X, whereas the others become the detectives from the Scotland Yard.

Both sides have travel passes to travel from one spot to another by the subway, bus, or taxi. The detectives have to infer where Mr. X might be in the labyrinthine public transit system of London. Scotland Yard is the perfect family game and can be played by two people, up to six people.

3. Betrayal At House On The Hill

It’s often staring you in the eye. Trust. Such a small word and yet holds loads of importance. It takes years to build, but all it takes to break is the board game of Betrayal at House on the Hill. Based on a friend’s betrayal and an enemy’s trust, this game is a rollercoaster ride.

This game begins with all players entering a hexed house on the Hill. Having entered, the players start exploring the various rooms and floors in the mansion, where every step is full of omens, curses, and monsters. Soon enough, as the gameplay progresses, one player turns into a beast and deflects over to the enemy’s side. Now starts the struggle for victory.

In the end, either the monsters’ team wins, or the humans do by getting the monsters back to their side. This game has a long list of tricks up its sleeves full of exciting twists and turns and hence proves to be a long-lasting but innovative game.

Betrayal at House on the Hill is a perfect game for a group of friends looking to head and can be played by as many as six people. You can hardly find a board game like Clue.

This game is straight out of the books, quite literally. Based on Agatha Christie’s famous thriller, ‘Murder on the Orient Express,’ this board game is a portal back to the 20th century where you’ve just boarded a train from Paris to Istanbul. Only a short while later, a murder has been committed.

Now that the murder is committed, the players have to race against time to deduce as many facts as possible about the crime. They would have to do so before the train reaches its final destination of Istanbul. When the game starts, each player is given a character card.

Each character card has its unique quality to allow the natural inference of the crimes. By the time the train reaches Istanbul, the player who has inferred the highest number of facts with the highest accuracy wins. So hop on this ride and test your logical reasoning and vision. Five people can enjoy this game together.

“Elementary, my dear Watson.” Ever wanted to hear this line from him? Do you have a dying urge to work with Sherlock on a case? Do you want to learn the skills of deduction from the master himself? Are you searching for board games like Clue? Congratulations then, because this game does exactly what you want!

Players enter the game as children who learn to become a skillful detective under the tutelage of Sherlock Holmes. In this game, the players are trying to crack the mystery of shocking kidnapping.

Sherlock has already solved the puzzle, but he gives the players a chance to decode the mystery by cracking the mystery in exactly eight players and giving each player one hint.

With the hints from Sherlock, the players have to piece everyone’s clues cleverly. At the end, whichever player can solve the mystery first wins. As many as eight people can play this game.

In these times of a pandemic, board games can be your best friend. And especially if you are looking for some board games like Clue, well, then we have listed a few for you.

So play on and use them wisely, for these board games might help you bond with your family, but one wrong deduction in these games and you might become the black sheep of the family.

Nirmala is a dedicated blogger who has been in the Blogosphere since 2012. She is a tech freak and thus she loves to write about the innovative matters of technology.
Previous 9 Interesting Games Like Skribbl.io To Get Maximum Fun
Next How To Translate WordPress Website To Your Language? Try Weglot!